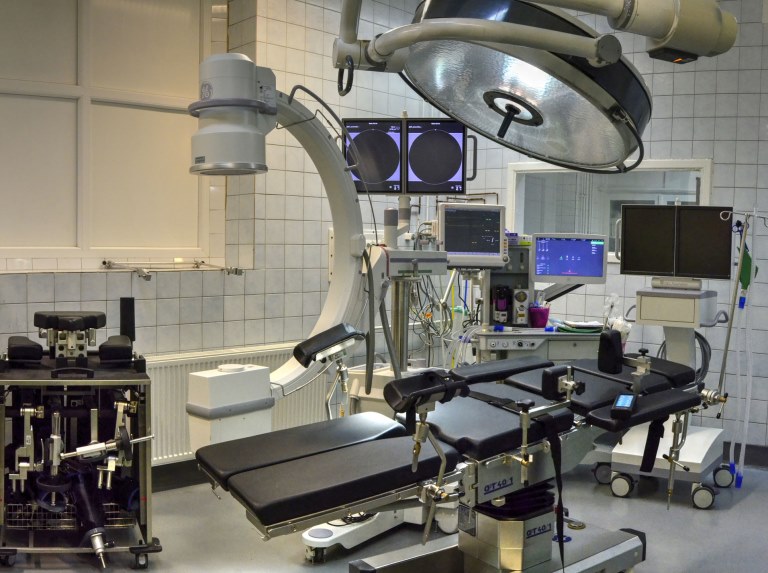 Two multifunctional operating tables and a state-of-the art anaesthesia machine were handed over to the Surgical and Traumatological Department of Heim Pál Paediatric Hospital in a ceremony on 14th December.

At the press conference, Dr Anikó Nagy, Director General of the hospital, said they had asked for the support of the Foundation to replace the two 30-year-old outdated operating tables used in the operating theatres and purchase a new state-of-the-art anaesthesia machine, in order to improve surgical care.

The two multifunctional operating tables fully satisfy the requirements of the 21st century and can be used for all types of surgery. The anaesthesia machine is the most up-to-date equipment currently available and is equally suitable for new-borns, children and young adults.

Purchase of the equipment was made possible by the 1% personal income tax offerings the Foundation had received.

The children also got presents: 500 Santa Claus bags containing one bottle of the vitamin formula Flavin7 were handed out to the young patients.

The total sum of donations to Heim Pál Paediatric Hospital has amounted to 410 million HUF. The 3.6 billion HUF the organisation has so far contributed to paediatric oncology and the care of children with cancer is unique in Hungary in its magnitude, the announcement claims.