As majority of the children suffering from cancer within the Northern Hungary region are operated at the Paediatric Surgery Ward of the hospital, the Foundation decided to support the request. The new devices were handed over by István Balogh, the President of the Children Cancer Foundation to the Director of the hospital on 9th December 2014. By the development of the medical device range paediatric surgery care has been expanded by new therapeutic opportunities according to the announcement published by the civilian organisation.

The new endoscope tower and endoscope devices represent the currently available most up-to-date technology. The HD resolution camera and monitor enable the accurate separation of cancerous and healthy tissues within the operated area, thus the surgical interventions are more accurate without causing significantly less damage to the healthy tissues. The Foundation has also purchased the smallest possible endoscope devices for operations to be carried out on newborn babies and infants without cutting the abdominal wall.

In the surgical operating theatre a new, state-of-the-art lighting device equipped with a high-resolution central camera was also added as part of the donated package, which replaced a 30 year old, outdated lighting equipment. 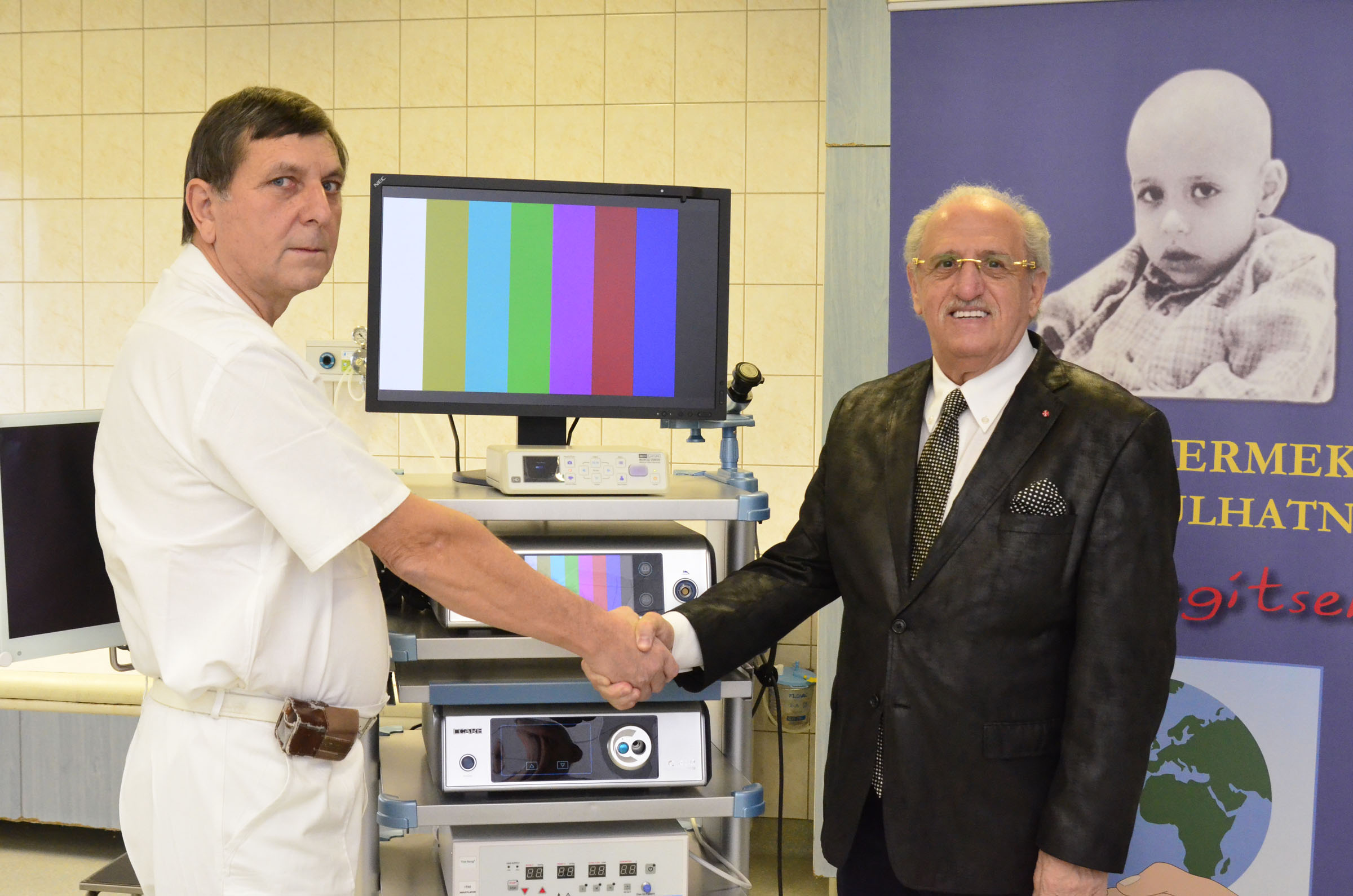 The Children Cancer Foundation was able to purchase the medical devices recently handed over to the hospital with a total value of 41 million HUF from the 1% personal income tax donations according to the announcement. In order to ensure the highest possible medical care for children suffering from cancer in the region the Foundation until this day donated state of the art medical devices to the Borsod-Abaúj-Zemplén County Hospital and University Training Hospital in a total value of 172 million HUF.

The Children Cancer Foundation during its 17 years of operation supported paediatric oncology treatment and the medical care of children suffering from cancer in Hungary with a total value of 2.97 billion HUF!