Congratulations to Péter Sipos for Receiving the “Gergely Alexandra Memorial Prize This Year!

The Gergely Alexandra Memorial Prize Foundation was established, in 2007, in memory of a young girl with tragic fate. Szasz, i.e. Alexandra Gergely was the girl, who did not withdraw from the public after a malignant tumour attacked her organism, but she created her blog on the Internet, which after a while was read by tens of thousands of visitors. She wrote sincerely about her feelings, and the ups and downs of her condition, the tiny pleasures and the immense pain and suffering.
Patients, whose destiny resembles hers, could find her entries a source of strength. Despite all efforts Szandra died on 7 February in 2007. Her family fulfilled her last will and scattered her ashes into the ocean at the Maldives.
Her parents established this foundation and every year, ever since then, the Memorial Prize bearing Szandra’s name and commemorating her path of life is awarded to a person who really deserves it for his or her merits. 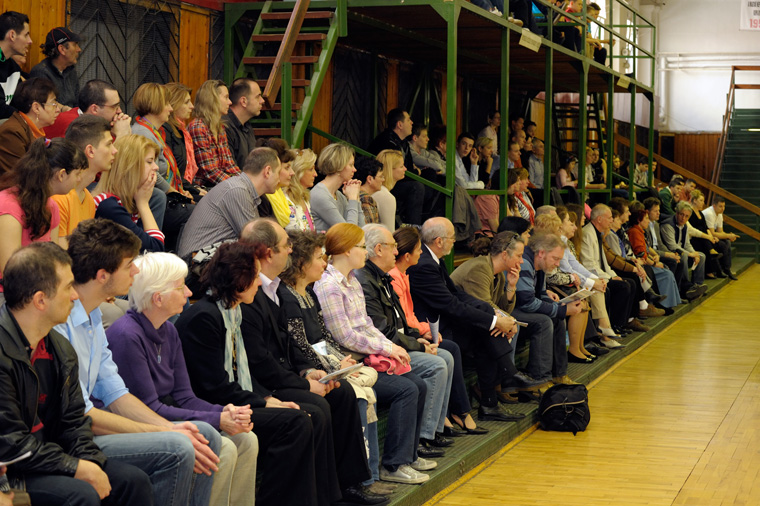 Persons who received the prize earlier: Adrienn Farsang, Ceramist Artist, the mother of six children, Éva Fritzné Kiss, a woman from Kerekegyháza, the establisher of the “House of Hope”, Tóth Jánosné, who strives as a weekday hero for children with intellectual disability in Győr, Zsolt Balogh in Szeged, a fellow worker of the Ágota Foundation, and Márta Bakos-Tóth, specialised psychologist, who devotes all her power and knowledge to the mental rehabilitation of children with cancer at the “Second Home” in Bakonyszücs.

They are followed by Péter Sipos, in 2013, who is only 18 this year
Four years ago, in Péter’s right arm a malignant tumour was diagnosed. For him the subsequent years were about surgeries, chemotherapies, radiation therapies, and the hard fight for life. Like real sportsmen do, he fought hard for the final victory, to stay alive. Winning one battle after the other he proceeded towards the target, however he was forced to make an enormous sacrifice, when he was to choose between the amputation of his right arm and his life. He accepted amputation hoping that this is the path that leads towards complete recovery.
It was a difficult decision to make for a 16 year-old boy, who planned to become a famous basketball player. After the amputation he did not break down, but resumed to do sports again. Now he works as a coach on the basketball court, transmitting the best of his knowledge to the youth. He learnt to swim with one arm, and returned home with a golden and a silver medal from the Onco-Olympics in Warsaw. 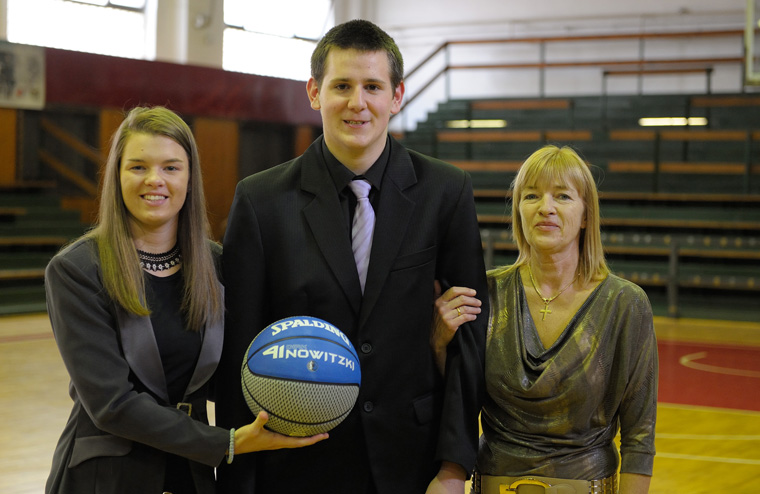 Péter was awarded deservedly with the Gergely Alexandra Memorial Prize, because he sets an example with his achievements and persistence to the fellow patients still treated in hospital, and he sets a precedent that there is hope to recover from cancer and to start new life.