A lock from you – a lot for them

If you can call anybody a positive person, she is the one. Eszter Máté, fighting a lymphoma, accepted the loss of her hair and was able to look at the wig she was given as a present as an item of fashion. And she was right: she won the battle in the end!

“A lock from you – a lot for them” – this is the title of the campaign started by the Children Cancer Foundation with the purpose of providing young cancer patients with customised wigs using hair donated by healthy children. The loss of their hair is a great psychological burden for young patients, especially teenagers – that is why the offered help is invaluable.

“I got used to the fact that I had lost my original hairdo. I didn’t like it anyway, it was dry and curly”, said 17-year-old Eszter Máté, who had been diagnosed with lymphoma in February. Her cheerful confidence is a surprise in itself; yet she could top it by adding: “When I realised that I would lose my hair as a consequence of treatment, I had it cut and I myself offered it to the foundation.”

Eszter attends secondary school and she was lucky: during the months of hospitalisation she could catch up with her studies and did not have to repeat the school year. Studying is important for her; she would like to become a kindergarten teacher, a sign language interpreter and a sport masseur at the same time. She loves sports, enjoys watching football with her father, and, as she confided, they are both keen supporters of Ferencváros. 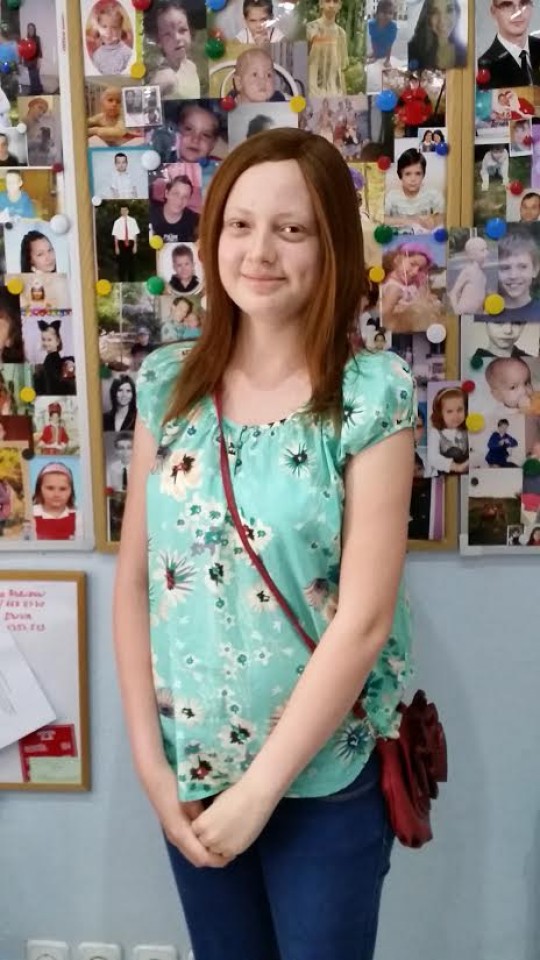 Eszter Mété was able to retain much of her serenity and sense of humour, even in hard times.

It was her doctor who first told her about the possibility of a wig, Eszter’s mother explains.

“We learnt they were able to prepare a wig which is similar to my original head of hair. Not that, I exclaimed. At last I could try what it was like to have long, smooth, red hair”, Eszter, whose own hair has grown out since the summer, tells us. “I’m happy with this: still curly but has much better texture.”

“I can’t be grateful enough to those who offered their hair. You know, four or five heads of hair are needed for such a wig. I got to know a lot of sick teenagers in the hospital and I’m fully aware how much this means to them”, Eszter commented on the chance offered by the foundation.

One of the contributors was Lana Gergely, who is just 8 years old. “It feels so good to help others! I wish more people did so”, she said simply.

“I am glad my daughter decided to offer her hair. In this way, she is able to help someone fight”, added her mother, Edina Gergely Győrki. 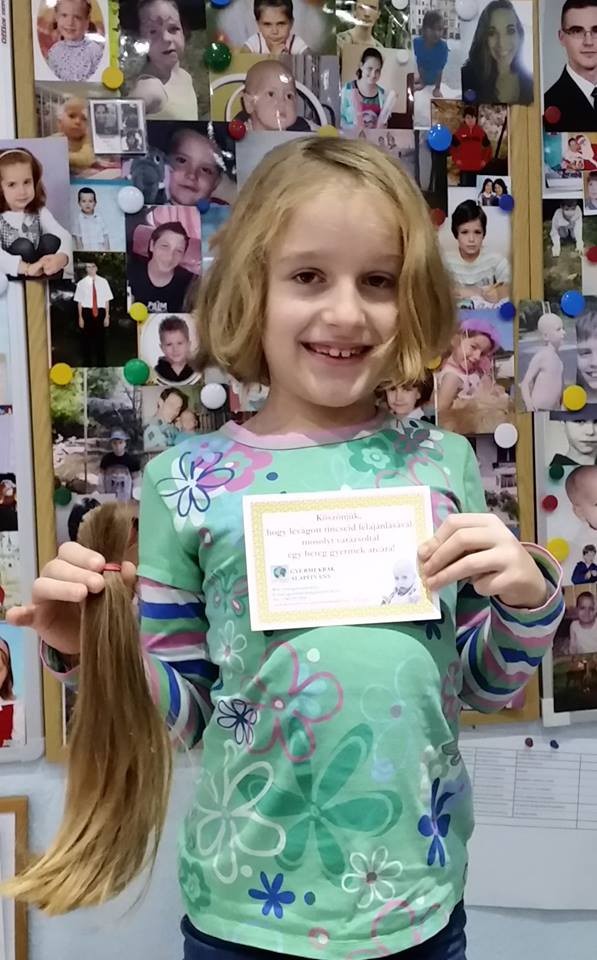 Lana Gergely hopes her example is followed by more people.